Kapoor, the Design Story of LDF 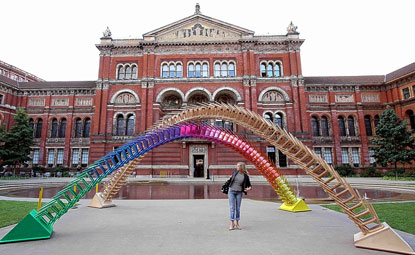 The seventh London Design Festival fared mightily last week, hosting a string of impressive and engaging events around the capital which gave meaning and redefiniton to “Design’ as we know it. We weren’t daunted by the recession, either END_OF_DOCUMENT_TOKEN_TO_BE_REPLACED 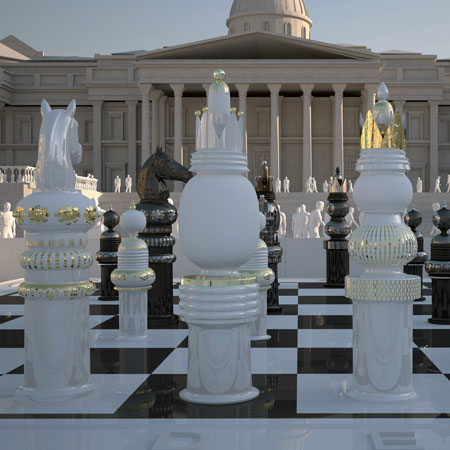 Each game is played by two contenders over an hour. One sits up in the white chair, one in the black, at opposite ends of the giant board. Each game lasts one hour and is presided over by a compere. Each move is enacted on the great board battlefield by Hayon helpers, who move the huge pieces for the pleasure of the crowd.  The pieces themselves are ornate, intricate, bespoke, and just  recognisably chessmen. The contests are virtual, figurative, played more for the sheer hell of it than to win a game of chess like the grandmasters. And the audience watches something apart from the game, the moves and the chance of victory. They can’t really follow the match anyway to be honest. But this is not about victory. The tournament is for the giant thrill of the game.